During a 2012 expedition to Antarctica, a team of Japanese and Belgian researchers (meteorite team, see http://www.bncar.be/) picked up a small rock that appeared coal black against the snow white. Now known as meteorite Asuka 12236, it was roughly the size of a golf ball.

Despite its modest size, this rock from space was a colossal find. As it turns out, Asuka 12236 is one of the best-preserved meteorites of its kind ever discovered. And now, NASA scientists have shown that it contains microscopic clues that could help them solve the mystery of the building blocks of life flourish on Earth. With Asuka 12236, scientists are getting a peek at the very first amino acids produced in the solar system and the conditions that led to the variety and complexity of these molecules.

VUB has performed a movie on our micrometeorite research: https://www.youtube.com/watch?v=0BHmkvbeIJw

14. Vinciane Debaille has been selected for the preparation of Mars Sample Return

Orbiters, landers and rovers sent to Mars carry compact equipment and instruments that limit the science that can be achieved on any given mission. Studying Mars samples on Earth will allow scientists to share resources and send samples to the best laboratories around the world for analysis – laboratories so complicated and heavy they would be impossible to take to Mars. Vinciane Debaille has been selected by ESA to prepare the Sample Return Mission to Mars.

13. Led by Cedric Gillmann, the ULB and UCLouvain members of ET-Home have published a Nature Geoscience paper on “Dry late accretion inferred from Venus’s coupled atmosphere and internal evolution”

Using numerical simulations of impacts of different types of asteroids containing various amount of water, the team has discovered that water-rich asteroids colliding with Venus and releasing their water as vapor cannot explain the composition of Venus’ atmosphere as measured today. This means that the asteroid material that came to Venus, and thus to Earth, after the giant impact, must have been dry, therefore preventing the replenishment in water. Because water can obviously be found today on the Earth, it has been there since its formation, likely buried deep in the Earth so it could survive the giant impact.

The full press release can be obtained here. And the Nature Geoscience paper, here.

12. EOS members participated in four Nature Geoscience paper about the first results of the InSight mission on Mars at present.

EOS members from the Royal Observatory of Belgium (ROB) have contributed significantly to four Nature Geoscience papers. They have located the landing site, reconstructed the landing trajectory and helped interpret the seismic data. Active since November 2018, InSight (Interior Exploration using Seismic Investigations, Geodesy and Heat Transport) is the most recent lander on the surface of Mars. It is equipped with three instruments: a heat flux sensor (HP3), a seismometer (SEIS) with an auxiliary pressure, temperature and wind speed sensor (APSS) and a radio transponder (RISE). InSight is the first mission dedicated to the study of the deep interior of Mars. SEIS was able to measure “Marsquakes” for the first time ever. In addition, InSight is the very first continuous weather station on Mars, allowing it to monitor on-site atmospheric phenomena such as a local dust storm. Advanced models of Mars’ interior was provided by a ROB researcher. The first results of the mission were presented in several Nature Geoscience papers among which four with participation of EOS ET-HOME members:

On the 1st of November, one of our member, Steven Goderis, has got a permanent position at the VUB, as BOF-ZAP (research professor). Steven is a geochemist working on impact cratering and asteroid showers, as well as early Solar System evolution, meteorite parent body processes, and global changes throughout Earth history. Steven has been involved in collecting 50 000 micrometeorites from Antarctica where he went in the recent years.

10. The winners for the Nobel Prize for physics was announced recently to be Michel Mayor and Didier Queloz for their discovery of exoplanets.

Emmanuelle Javaux and Michael Gillon were involved in a movie prior to this announcement. To see the movie click here.

9. Our Colleague Véronique Dehant has obtained a synergy grant of the ERC (European Research Council) to work on deep interior of the Earth.

The ERC Synergy grant for the project GRACEFUL was awarded to Véronique Dehant, Anny Casenave (LEGOS – Laboratoire d’Études en Géophysique et Océanographie Spatiales, Observatoire Midi-Pyrénées, France) and Mioara Mandea (CNES – Centre national d’études spatiales, France). The aim of GRACEFUL is to probe the deep Earth’s interior by using observations of the magnetic and gravity fields, and of the rotation of the Earth, A. Cazenave being expert in gravity field, M. Mandea in geomagnetism, and V. Dehant in Earth’s rotation. By using in synergy these three global observables, they intend to provide new insights about processes occurring inside the Earth’s liquid core and at the core-mantle boundary. See here.

8. Emmanuelle Javaux from our EOS ET-HOME at ULiège explained the difficulties to date the first microbial biosphere in a Nature paper

Earth has been habitable for 4.3 billion years, and the earliest rock record indicates the presence of a microbial biosphere by at least 3.4 billion years ago—and disputably earlier. Possible traces of life can be morphological or chemical but abiotic processes that mimic or alter them, or subsequent contamination, may challenge their interpretation. Advances in micro- and nanoscale analyses, as well as experimental approaches, are improving the characterization of these biosignatures and constraining abiotic processes, when combined with the geological context. Reassessing the evidence of early life is challenging, but essential and timely in the quest to understand the origin and evolution of life, both on Earth and beyond.

Link to the paper here.

7. Researchers from our EOS ET-HOME at ULiège discovered numerous microfossils of fungi dating back from 900 to 1000 million years

Researchers from our EOS ET-HOME at ULiège discovered numerous microfossils of fungi dating back from 900 to 1000 million years, preserved in shales in the Canadian Arctic. This major discovery, which is the subject of an article published in the journal Nature, pushes back the age of fungi half a billion years earlier than previous oldest fossils at 400-450 million years.

Fungi are essential components of modern ecosystems and are among the first traces of life to colonize the continents. However, until now, the only non-ambiguous fossil fungi were dated from the middle of the Paleozoic, around 450-400 million years ago. Credit: C.C. Loron, C. François, R.H. Rainbird, E.C. Turner, S. Borensztajn & E.J. Javaux, 2019, “Early fungi from the Proterozoic era in Arctic Canada.”, Nature, DOI: 10.1038/s41586-019-1217-0 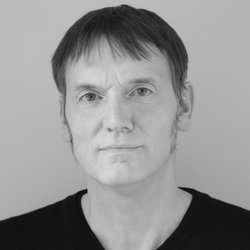 Tim van Hoolst, project leader in planetary science at the Royal Observatory of Belgium won the 2019 Runcorn-Florensky Medal of the European Geosciences Union for his seminal contributions to the field of geodesy and geophysics of the terrestrial planets and satellites and for leadership in planetary geodesy.

His field of research is the rotation and tides of planets and satellites and how these can be used to explore the planet’s interior structure. He participates in numerous spatial missions such as BepiColombo to Mercury and JUICE (JUpiter ICy moons Explorer) to the Galilean moons of Jupiter, in which he is the chair of the working group on the interior and geophysics of the moons. He is also Co-I of ExoMars 2020 in which LaRa, a radio-science instrument of which the Observatory is the PI, will be integrated.

One of Van Hoolst’s most important contributions is to our understanding of the rotational dynamics of Mercury and of icy satellites, whose sub-surface oceans decouple their interior from the solid but deformable ice shells. Van Hoolst and his team have also worked on determining the interior structure of Mars.

5. Ann Carine Vandaele from the BISA group participated in a press conference during the EGU 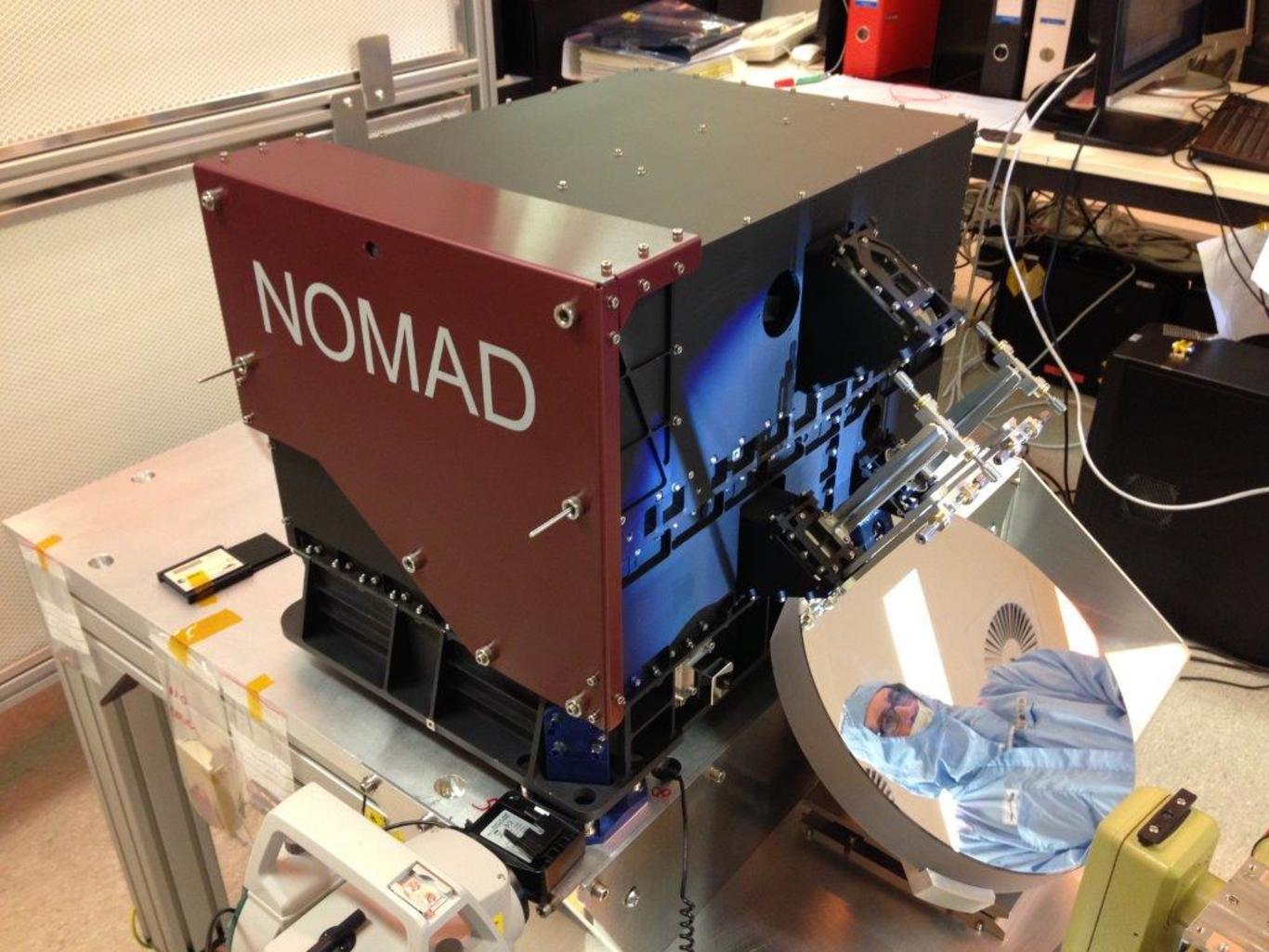 New evidence of the impact of the recent planet-encompassing dust storm on water in the atmosphere, and a surprising lack of methane, are among the scientific highlights of the ExoMars Trace Gas Orbiter's first year in orbit.
Two papers are published in the journal Nature describing the new results, and were reported in a dedicated press briefing at the European Geosciences Union in Vienna. 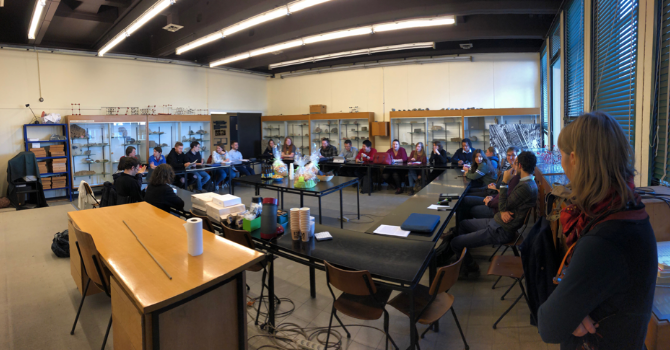 The first scientific meeting was held at ULB on November 14, 2018. More than 30 participants were discussing about their WPs.
WP1. Evolution of the habitability
WP2. Traceability of life (biosignatures)
WP3. The evolution and habitability of Mars
WP4: test work package 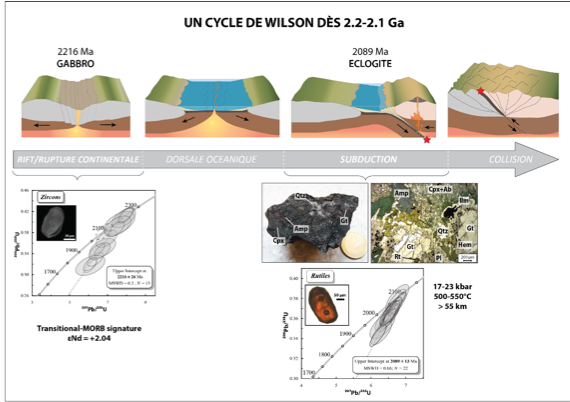 Understanding the geodynamic processes of the Early Earth is crucial because they have strong implications for the habitability of the Earth but also for other planets. A study conducted by an international team of researchers including ET-HOME members showed that modern plate tectonics began at least 2.2-2.1 Ga ago. The results are published in Scientific Reports (here) and a summary is provided here.

Diagram showing the Wilson cycle of about 130 Ma from the Paleoproterozoic period. Sample of eclogite studied, from the Democratic Republic of Congo, and U-Pb dating obtained on magmatic zircons (2216 ± 26 Ma) and on metamorphic rutiles (2089 ± 13 Ma). Thermobarometric estimates give the subduction pressure peak between 17 and 23 kbar and between 500 and 550°C. Geochemical analyses show a Transitional MORB signature and an initial εNd of +2.04 at 2.2 Ga. 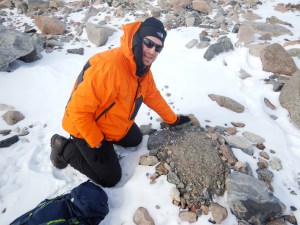 Steven Goderis (VUB) and Matthias Van Ginneken (ULB) have arrived in Antarctica. Steven and Matthias will look for micrometeorites (meteorites of less than 2 mm size) around the Belgian station in the frame of the BELAM project. The BELAM project team members will climb the Sør Rondane Mountains, near the Belgian Princess Elisabeth station in Antarctica to collect micrometeorites preserved in cracks and fractures within the rocks exposed at the summits. Every new meteorite that comes to us from the asteroid belt between Mars and Jupiter, carries new information to understand the formation of the solar system and the birth and evolution of planets. However, another important component of the flux of extraterrestrial material that reaches the Earth (40,000 tons/year) is represented by very small dust-sized particles (<2 mm), called micrometeorites. These micrometeorites reaching the laboratories of the VUB-ULB team are key to understand the current and past composition of the solar system, as they can sample planetary bodies that are different from those represented by the classic larger meteorites. 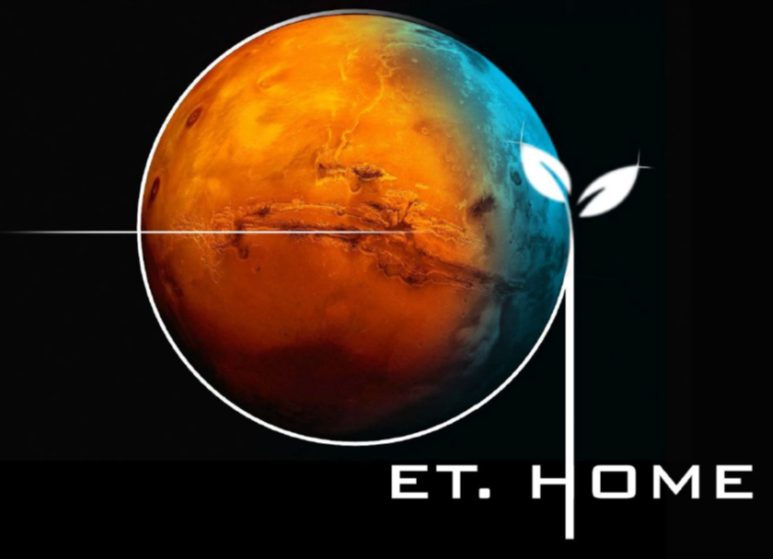 On 26 January 2018 there was a kick-off at ULB where we discussed and were happy to meet and find each others again!